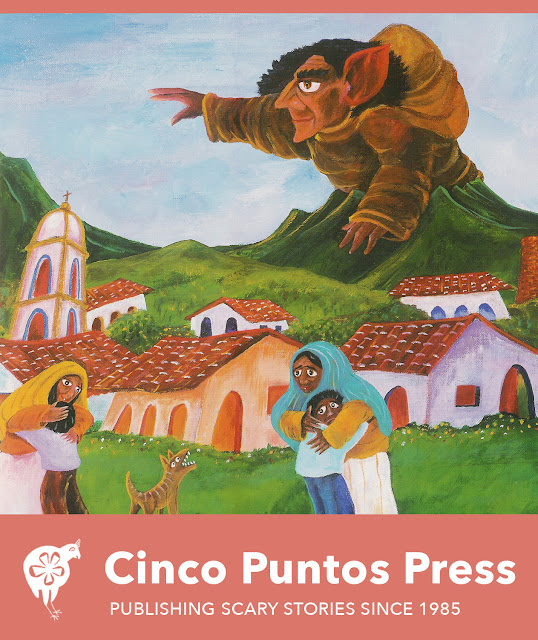 Buy These Spooky Stories by Friday and get up to 50% off!

Welcome to the family! It’s just like yours: father, mother, sister, brother, abuelita, gato. Well, there’s something just a little bit different about this family. Maybe it’s those clothes they wear … just a little bit fashion backward. And the colors! So vibrant and … lively. Maybe that’s what it is. They are just so full of life. Familia-life.

Everyone hears at least one teasing reference to the “bogeyman” when they’re growing up, but not everyone knows him by name. In the Southwest and much of Mexico, he’s known as el Cucuy. (Pronounce it coo-COO-ee: draw the second syllable out like the hoot of a lonely night bird.)

Have you ever heard the story of La Llorona, the ghost woman they say is crying and crying for her children? Some people say she cries along the river, while others think they’ve heard her in the desert, or down an alley right near their house. But almost everyone agrees that La Llorona is not a lady you want to meet late at night, when you’re out past your bedtime. Then you might learn more about her than you ever wanted to know!
BONUS: Watch storyteller Joe Hayes read La Llorona in this free video.
Ages 8 to Adult