A SONG FOR THE RIVER, by Philip Connors

A SONG FOR THE RIVER
Philip Connors 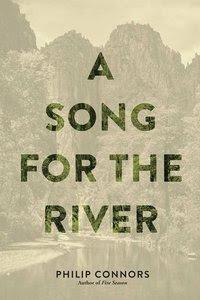 The river that runs through the wilderness opens his heart: the mountains burn, friends die, and green shoots sprout from the ashes.

The Gila River and Wilderness are the heart and soul of A Song for the River. Every summer since 2002, Connors has been perched in a tower 50 feet above the Gila Wilderness, watching for fire. His first book, Fire Season (30,000 sold), recounted the deep lessons learned about mountains, wilderness, fire, and solitude. A Song for the River updates and deepens the story: the mountain he loves goes up in flames; a lookout on another mountain whom he has come to love as a brother dies in a freak accident; and three high school students he admires die tragically in an airplane crash while researching the wilderness and the wild river they wish to save. Connors channels their voices in a praise song of great urgency and makes a plea to save a vital piece of our natural and cultural heritage: the Gila River, whose waters are threatened by a potential dam.

Praise for A SONG FOR THE RIVER:

This powerful work belongs with the classics of the nature writing genre and is equally important as a rumination on living and dying. —Publishers Weekly, STARRED REVIEW & Best Books for the Summer 2018!

“In the literary tradition of Gary Snyder and Edward Abbey, Philip Connors climbs down from his fire lookout to tell his story of love and loss along the sacred waters of the Gila River, the heart of the Gila Wilderness, a place of rock and ruins, juniper and pine. Lyrically paced and a real pleasure to read.” —Doug Peacock, legendary naturalist and mountain man, protector of Wilderness, and author of Grizzly Years: In Search of the American Wilderness.

“Nothing short of spectacular. With deep, clear-eyed honesty, Connors weaves the tragic story of friends gone too soon within the tale of a region, its haunting wilderness, and a meandering river. He sets out on a quest for answers, only to remind us of our common humanity. Beautifully nuanced, this is a necessary read.” —Alfredo Corchado, Mexico Border correspondent, The Dallas Morning News; and author of Homelands and Midnight in Mexico.

“Everything that is absent in the current political crises of this nation is abundantly present in Philip Connors’ A Song for the River: humility, quietude, forgiveness, and gratitude. His writing is pure, exact, compassionate, and often elegaic...I loved this book.”—Benjamin Alire Sáenz, winner of the PEN/Faulkner Award for Fiction, Everything Begins and Ends at the Kentucky Club. 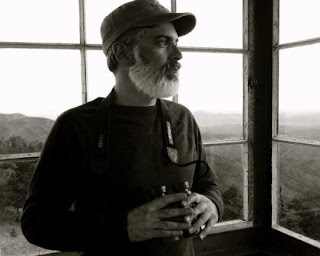 PHILIP CONNORS,  a Wall Street Journal copy editor in a previous life, grew up on a farm in Minnesota and studied print journalism at the University of Montana. In 2002, he left New York and the WSJ to become a fire lookout in New Mexico’s Gila National Forest. He’s been there every summer since. That experience became the subject of his first book, Fire Season: Field Notes from a Wilderness Lookout, which won him national acclaim.  Fire Season won the National Outdoor Book Award, the Sigurd Olson Nature Writing Award, the Reading the West Award for non-fiction, the Grand Prize from the Banff Mountain Book Competition, and the Best Nature Book of the Year from Amazon. His second book, All the Wrong Places, a memoir of life in the shadow of his brother’s suicide, was published in 2015. He has published essays in The London Review of Books, The New York Times Magazine, the Paris Review, and N+1. He lives in the Mexican-American borderlands. 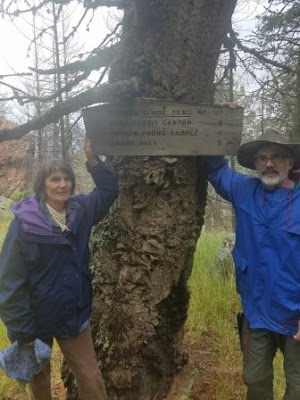 Phillip Connors, author,
and editor and co-publisher, Lee Byrd
on the way up the mountain
Email Post