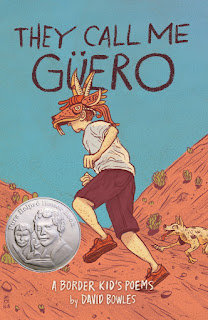 Soy fronterizo. A child of the borderlands. Home is Donna, Texas, right across the river from Río Bravo, a bustling town in the Mexican state of Tamaulipas. The grandparents of my abuelo Manuel Garza came to Texas from that state in the 1880s. They felt at home on the ranchos, surrounded by a mestizo community more than a century old.
But fifty years later, when other strands of my family came south seeking work in the Río Grande Valley during the Great Depression, they found divided towns. White families had bought up the ranchos, laid rails across the chaparral, siphoned water from the río to irrigate invasive crops.
Still, the newcomers were welcomed not only by the Anglos, but by the Tejanos, too. My grandmother Marie Bowles, fleeing parents who thought nothing of marrying her off at age sixteen, found solace in a new family, one that straddled the river, that felt at ease in what Gloria Anzaldúa—our greatest border philosopher—called nepantla. Marie and Manuel fell in love. A child was born. And Marie at last decided like the biblical Ruth to embrace her beloved’s culture, language, religion. The couple married in Reynosa.
I tell you this story because my people—border folk, caught in that liminal realm, that in-between space of geography and identity—we are hardy, and beautiful, and so giving. For generations we have lived our lives, full of all the hopes and dreams, ups and downs, of any human beings. We never had much, but we held our door open for the stranger, sat them down at our tables, gave them food and shelter and all the love we could muster.
Así somos. We have systems for absorbing the hurt, the needy, the refugee. We proudly stand with those who find themselves caught between forces they cannot control and yet, for the sake of their families, for the sake of their children, set out in search of a new home.
Aquí, we whisper so the tyrants cannot hear. Echen sus raíces. Pongan sus hijos en nuestros brazos. Descansen. Han llegado.
This is home. That’s what Güero wants to tell you. He is a happy boy, mischievous yet caring. There is nothing sinister about him or any other border kid. I want children to read his poems and say, “Wow! What an amazing place to live! What great people!” The Latinx kids will see themselves and smile, I hope, lifted by the understanding that their lives matter, that their stories are worth telling. The other children, well, I pray they’ll see that this is who we are, not the scary monsters madmen would make us out to be. By honoring They Call Me Güero, the Pura Belpré committee has helped ensure that this clear vision of the border will reach the minds and hearts of many more. It’s a little book, slim and light. Still, it adds to our growing corpus, a canon of dignity.
Just down the street from my house sprawls a camp, right at the river’s edge.
It’s full of families with children, all seeking refuge and belonging.
“Bienvenidos,” my Güero tries to tell them. “Welcome, friends.”
They can’t hear through the plastic walls.
But if we add our voices to his, maybe one day they will.


David Bowles accepted the Pura Belpré Honor for They Call Me Güero at the American Library Association conference on June 23, 2019. Cinco Puntos also published David's much praised Feathered Serpent, Dark Heart of Sky: Myths of Mexico. Next year Cinco Puntos will be publishing the graphic novel, The Rise of the Halfling King in his new series, The Legends of the Feathered Serpent. But how cool is this? It will be illustrated by Charlene Bowles, David's daughter. Wow!