GABI, A GIRL IN PIECES by Isabel Quintero 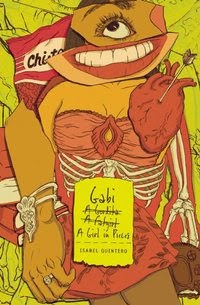 GABI, A GIRL IN PIECES
By Isabel Quintero

STARRED REVIEW, KIRKUS
"Readers won't soon forget Gabi, a young woman coming into her own in the face of intense pressure from her family, culture and society to fit someone else's idea of what it means to be a ‘good’ girl. A fresh, authentic and honest exploration of contemporary Latina identity."

Believing she's not Mexican enough for her family and not white enough for Berkeley, Gabi still meets every challenge head-on with vulgar humor and raw honesty… A refreshing take on slut- and fat-shaming, Quintero's work ranks with Meg Medina's Yaqui Delgado Wants to Kick Your Ass (Candlewick, 2013) and Junot Diaz's Drown (Riverhead, 1996) as a coming-of-age novel with Latino protagonists. —SLJ (August 1, 2014)

SCHOOL LIBRARY JOURNAL AUTHOR INTERVIEW:
CONSTRUCTING A LIFE
“I will be the first to admit that Gabi is a lot like me. She is, however, braver than I ever was.”--Isabel Quintero

Gabi Hernandez chronicles her last year in high school in her diary: her best friend Cindy's pregnancy, Sebastian's coming out, the cute boys, her father's meth habit, and the food she craves. Yes, yes, Gabi's a girl in pieces. She wishes for a lot of things. Gabi wishes she wasn’t fat. She wishes her father wasn’t addicted to meth. She wishes she could solve her best friends’ problems. And, of course, she wishes for love. But in the middle of her whirling twirling world, the thing she unexpectedly finds is…POETRY! And best of all, her poetry is what helps her discover her true self.

Just listen to how Gabi begins her journal—

My mother named me Gabriella, after my grandmother who, coincidentally, didn't want to meet me when I was born because my mother was unmarried, and therefore living in sin. My mom has told me the story many, many, MANY, times of how, when she confessed to my grandmother that she was pregnant with me, her mother beat her. BEAT HER! She was twenty-five. That story is the basis of my sexual education and has reiterated why it's important to wait until you're married to give it up. So now, every time I go out with a guy, my mom says, "Ojos abiertos, piernas cerradas." Eyes open, legs closed. That's as far as the birds and the bees talk has gone. And I don't mind it. I don't necessarily agree with that whole wait until you're married crap, though. I mean, this is America and the 21st century; not Mexico one hundred years ago. But, of course, I can't tell my mom that because she will think I'm bad. Or worse: trying to be White.

Isabel Quintero has captured the life of a proud young woman navigating her senior year with the awkwardness one would expect from a teen girl, but also with the wisdom and strength of someone far beyond her years. In the much-needed light of the #WeNeedDiverseBooks campaign, this book shines brightly for its scope of human experience. Gabi and her friends stand at multiple intersections of identity, including race, class, sexual orientation, and size. Gabi's depth of conviction encourages young girls everywhere to stand up for what is fair, what is just, and what we deserve. I would be incredibly excited (but not surprised) if this won the Pura Belpre Award.

ISABEL QUINTERO was born and raised in Southern California. Her love of reading and writing comes from her mother reading to her before she went to bed and from the teachers and professors who encouraged her to keep writing. Her love of chorizo and carne asada tacos comes from her dad grilling on Sundays during the summer. She is an elementary school library technician and loves sharing her passion for the written word with students. She also teaches community college part time and works as a freelance writer for the Arts Connection of San Bernardino. Quintero works as events coordinator for Orange Monkey Publishing and assistant editor for Tin Cannon, a literary journal. She still lives in SoCal and enjoys going on adventures with her husband, Fernando.

Are you interested in reviewing Gabi? Request a digital review copy on Edelweiss. You will need to create an account with Edelweiss, but the service is free."  Just follow the directions and soon you and Gabi will be friends! Come September you can buy a book at the Cinco Puntos website or from any of your favorite retailers and etailers.

There has been a national discussion—in the wake of the Cooperative Children’s Book Center’s (CCBC) annual report on diversity in children’s literature—about the lack of diversity in books for kids and young adults. This discussion, we feel strongly, has as it basis the thought that the large New York publishers aren’t producing enough multicultural books, while simultaneously ignoring the fact that many independent presses in the U.S., like Cinco Puntos, have been publishing books by writers of color for many years.

Gabi: A Girl in Pieces is a great example of the kind of books for young adults that we have been publishing—and the kinds of books that the CCBC is saying are much in need. When we first got Isabel’s manuscript about a year ago, we recognized a writer who could capture all the vibrant angst of a smart in-your-face Chicana caught in the entangling web of cultura and family. It’s often said that the best and worst thing about Latino culture is family and Gabi tells us that very thing. She navigates school, her family, her friends with plenty of ATTITUDE—a father on meth; a mother who’s convinced all girls are bad, or looking to be bad, or worse, looking to be white; a brother who can do exactly what he wants; and a hypocrite of a tía who wants moral law to reign while she sneaks out with a married man.
The fact remains that independent presses publish almost half of the multicultural literature for children produced in the U.S. each year. At Cinco Puntos we do this because we love great writing and unique stories. And we also do it because we recognize a market inefficiency. The demographics of the United States are changing, and the big houses in New York continue to publish to a demographic reality that only existed fifty years ago, if ever. That’s fine. We’re perfectly happy that the big houses leave this wonderful opportunity available for us to publish to this new audience.

We strongly encourage you to join us in creating a more vibrant multicultural literature by paying extra attention to the output of indie presses like Cinco Puntos Press. Thank you .
Email Post 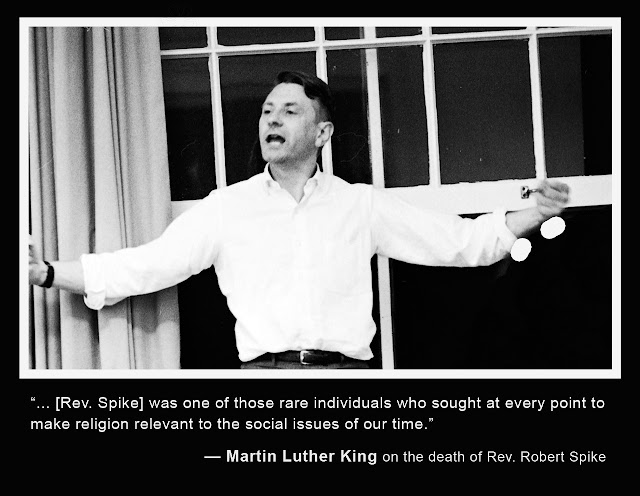